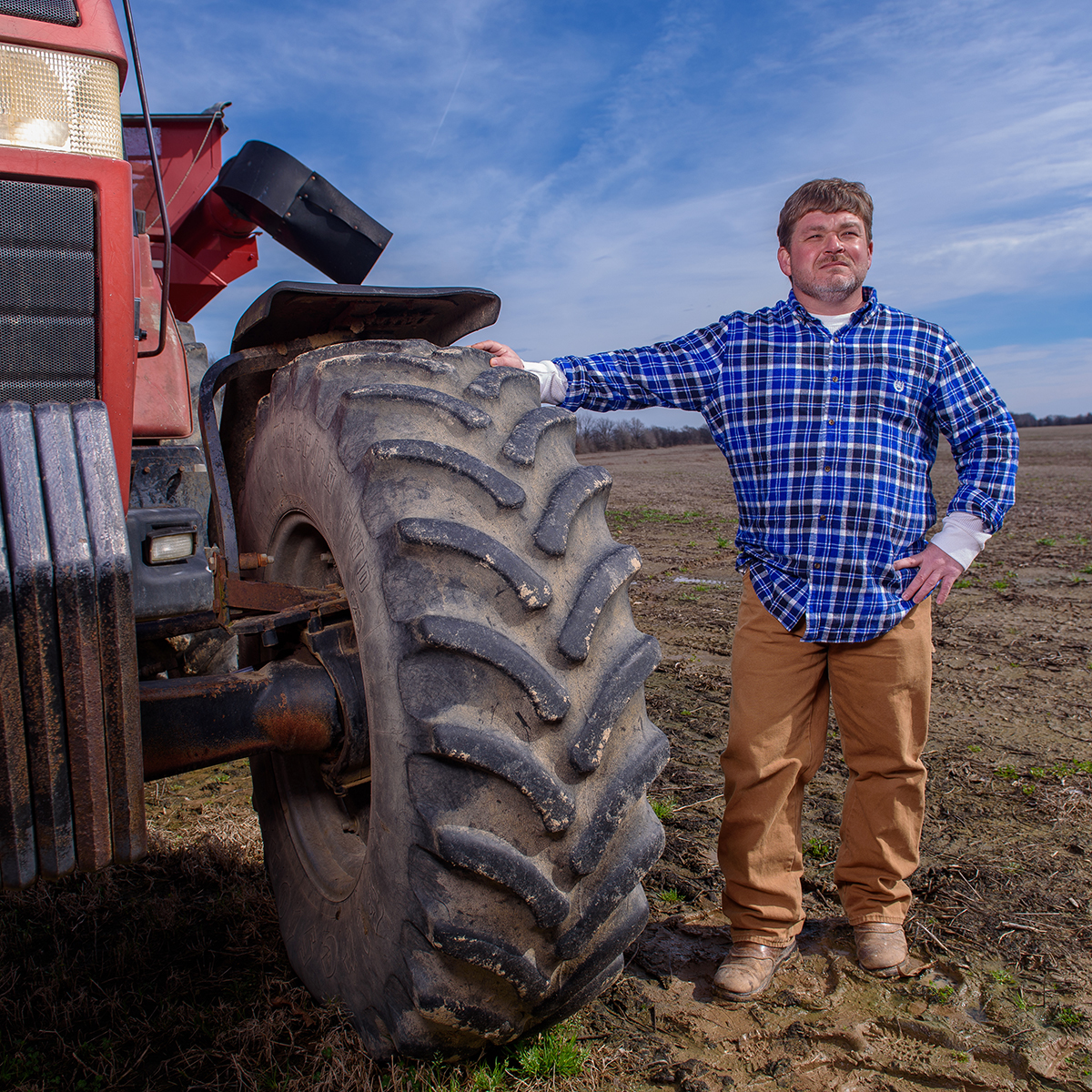 “It has taken everything I’ve loved.”

That’s how Zach Peyton, a 42-year old resident of Clarksdale, describes his battle with opioid use disorder.

“It didn’t help my family’s life. It has been horrible,” says Zach. “It’s not something I’d wish on anyone.” It started with something that seems relatively innocuous—cough syrup. Growing up, like any child that has a small cold, taking cough syrup was normal for Zach, but he recalls enjoying the feeling he got from taking it. “I used to sneak and take more than I was supposed to,” he admits.

Throughout high school and his early college years, Zach says he used infrequently but didn’t develop a real problem until he returned home and reconnected with old friends. After returning home from Delta State University at age 20, Zach “started running around with some of my old friends,” and one whom was already combatting opioid use disorder. After suffering a work-related injury, Zach was prescribed Percocet. Then, a friend gave him the names of places he could go “doctor shopping.”

Around the same time, Zach met a man in his hometown that sold pills illegally. After getting to know the guy really well, Zach would get Ziploc bags filled with pills. “My job—on top of my day job—was to sell them all,” says Zach. He didn’t make any money selling pills, but he had a seemingly endless supply to fuel his habit—until his supplier ended up in jail.

Simple daily activities like going to work became harder and harder without access to opioids. “When I tried to go to work without them, I just couldn’t do it,” says Zach. “I watched my addiction progress. I had to take one or two to go to work. Then, it became four or five.”

Zach tried to get clean when his first daughter was born, and he went to his first treatment center in 2001. His recovery was going well for about six months. Then, he relapsed.

“Everything was new to me. I just didn’t have a clue about what was going on,” says Zach. “One night, we were watching a really in-depth documentary. I remember watching the people. It showed them sticking the needle in and registering the blood.” While the images repulsed his younger brother, all Zach could think about was wanting to get high.

As the years passed, Zach had run-ins with the law that led to jail time, causing his family to spend large sums of money on legal matters. During this time, he most vividly remembers trying to spend time with his oldest daughter. “I spent my time with her when I was supposed to, but most of the time, I would pass out. I know she remembers that,” says Zach.

He eventually decided to get serious about recovery. He went back to treatment and church. Things were looking up. But after a bad breakup, Zach relapsed again. “Everything I’d built in six years, I’d lost it all,” he says somberly.

Today, Zach’s wellness and recovery are ongoing. He believes he is stronger now than in the past. To stay consistent with his recovery, Zach goes to local schools and treatment centers to speak to students and others struggling with the disorder, offering encouragement steeped in a lifetime of experience

“You have to believe in something bigger than yourself,” says Zach. “Because you can’t do it by yourself.”